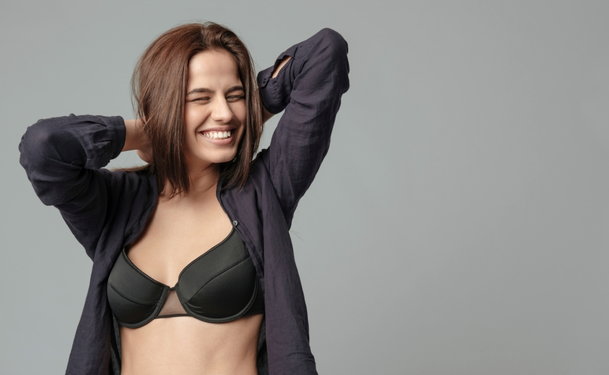 Solutions for Uniboob and Breast Implants Bottoming Out

One of the most common complications after breast augmentation surgery is implant malposition.

What is breast implant malposition?

Two common malpositions are: medially ("symmastia or uni-boob") and inferiorly ("bottoming out").

Symmastia occurs when the breast implants move too far toward the mid-line.

The two implants may actually touch one another in the center of the chest. If the horizontal muscle that is connected to the sternum and goes across the implant is cut during surgery, then the implant can move toward the middle of the chest.

This outcome is made worse by use of larger implants in thin patients, and is a problem for implants over or under the muscle, though sub-muscular implant placement allows the muscle to provide some softening of the transition to the cleavage area from the augmented breast mound.

How Symmastia is corrected

Correction involves use of internal sutures of the capsule around the breast implants.

Often, it is necessary to expand the breast implant pocket laterally (outwardly) to allow for correct placement of the implants. 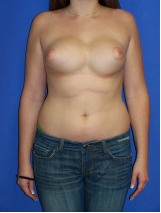 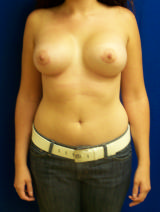 Specific dressings and bra are used to reinforce the repair. The bra that is worn after symmastia repair is referred to as the "thong bra". 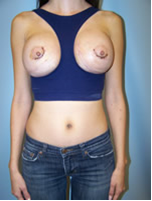 The bra is used to stabilize the area after symmastia reconstruction. This will allow the sutured area between the breasts to heal properly without excessive pressure being applied to the area.

What is bottoming out?

Bottoming out involves inferior migration of the implants. This causes the nipple areola complex to appear too high on the breasts.Also, the distance from the areola to the inframammary fold is too great.

How bottoming out is corrected

Before and after photos of patients with "bottoming out" breast implants: 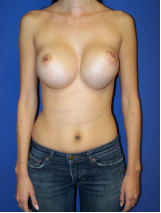 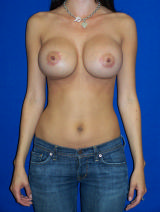 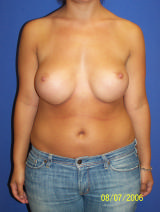 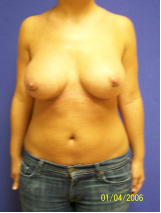 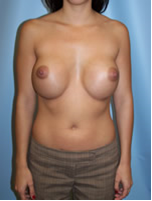 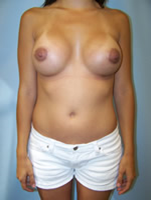 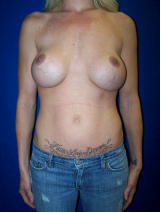 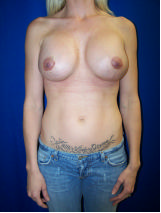 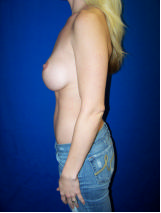 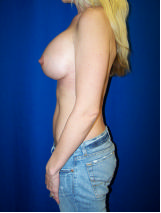