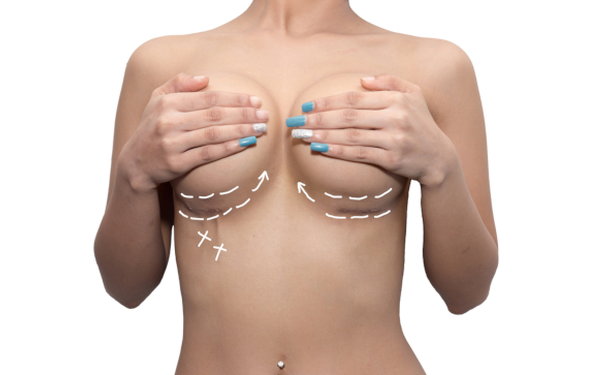 Breast Augmentation Scars and How to Treat Them

Worried about scars after surgery? Know the types of scars to expect and how best to care for them.

Scars are an inevitable part of the breast augmentation process. You will have them, whether it's around the areola, under the arm, or under the breast. TUBA (navel incision) offers the least noticeable scar. However, there aren't an abundance of surgeons performing this particular procedure. Fortunately, breast augmentation scars, regardless of where they're located, tend to heal extremely well.

Under normal conditions, the collagen fibers in our body produce scars that are flat and, over time, turn into the same color as the individual’s natural skin pigment. However, there are two types of scars that can form after breast augmentation, and proper post-operational scar treatment is essential to avoiding them.

These raised, thick scars occur at the incision site and often resemble the scars burn victims receive as a result of their injuries. They usually develop within one to two months post-operation and grow rapidly from that time. In time, however, the scars will gradually recede and soften in appearance. The area most vulnerable to hypertrophic scars after surgery is the presternum, or upper chest area above the breasts – or any skin that is tight or under a lot of tension.

Keloids are hard, often irregularly shaped scars that develop when the skin is breached and fibrous tissue (or scar tissue) grows excessively over the site of the wound, making it larger than the wound itself. In other words, the scar extends outside of the actual wound. In appearance, keloid scars can appear dark in pigment and shiny on the skin. They can also be tender to the touch and the area may be inflamed. Also, depending on the part of the body on which it's located and the size of the scar, the area can be uncomfortable and restrictive.

Keloid scarring is more common with darker skin tones, such as African Americans, Indians, Asians or Hispanics, and the time in which they develop can be within months or years after the surgery. For this, it is important to attend post-op checkups and diligently address any changes you find.

The photo below depicts a keloid scar. 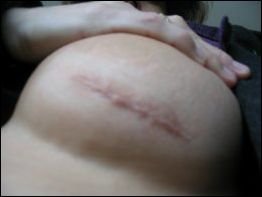 Regardless of the type of scar, there are options available in scar treatment.

Silicone gel is a popular option for healing both hypertrophic and keloid scars, as it:

The gel--which contains silicone polymers and silicone dioxide--is applied to the incision site once or twice a day and allowed to air dry, which takes place within five minutes.

In a study of 30 patients with scars, the gel, when used as directed, was able to reduce the scar's texture by 86 percent, improve its color by 84 percent, and reduce its height by 68 percent.

Silicone sheeting is another common form of treatment for hypertrophic and keloid scars. Patients apply the thin, flexible sheeting over the incision area during the day for two months, or more if advised by your plastic surgeon. One side of the sheet is lined with silicone gel and the other with a smooth fabric or clear film.

These sheets offer the same benefits as silicone gel treatments, such as hydrating the scar and improving its appearance and texture, and following treatment, patients often see the scar become: