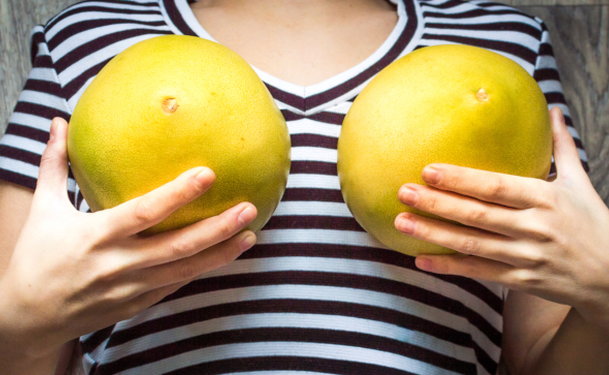 Up to 20 percent of women are born with their nipples turned inward.

Just as there are innie and outie belly buttons, so

Many men and women have inverted nipples (either one or both) but don't feel comfortable discussing it with their doctors. Inverted nipple repair is rarely thought of when patients consider breast enhancement. The procedures that are normally thought of are breast enlargements, breast lifting or breast reductions. For some patients, they not only want the breast size taken care of, but also have concerns regarding their nipple and/or areola—the nipple is the projected part and the areola is the dark pigmented skin that surrounds the nipple. Patients are happy to hear it's a simple procedure to enhance the nipple/areola. Whether the nipple is inverted, too big or protruding too far, your doctor can assist you with correction.

The nipple is an important part of a woman's appearance and sexuality. Inverted nipples affect the body image of both men and women. Inverted nipples are congenital most of the time, though in some cases the nipples become inverted after childbirth and/or breastfeeding.

What is an inverted nipple?

When one thinks of the typical nipple, they envision it pointing outward. In the case of an inverted nipple, it is retracted into the breast. At times, when stimulated, it may protrude. The causes are plenty, including breastfeeding, major weight loss, trauma to the breast, breast ptosis, breast infection or inflammation, gynecomastia, and pregnancy. However, up to 20 percent of women are born with the condition, making it a congenital issue for some.

There are three "grades" of inversion--which basically means three levels of severity. While some nipples may only be inverted some of the time (and "come out" or become everted in response to cold or physical touch), others are more severely inverted and never come out. Some women can breastfeed normally, while others will never be able to breastfeed.

Patients are happy to hear that inverted nipple procedures are minimally invasive and can be performed in conjunction with other procedures such as breast augmentation, breast lifting or breast reduction surgery (for both men and women). This procedure is performed in our outpatient surgery center under either local or general anesthesia.

The surgery consists of a small incision at the base of the nipple. Milk ducts are identified and divided, allowing the nipple to remain spontaneously everted. A suture is used to support the eversion and closure of the suture line is accomplished. Usually, only dissolving sutures are necessary.

Breast and Nipple Numbness After Surgery (and Hypersensitivity)
Do I Need a Breast Lift? 3 Signs That Say You Do
This is How to Determine Bra Size After Breast Augmentation