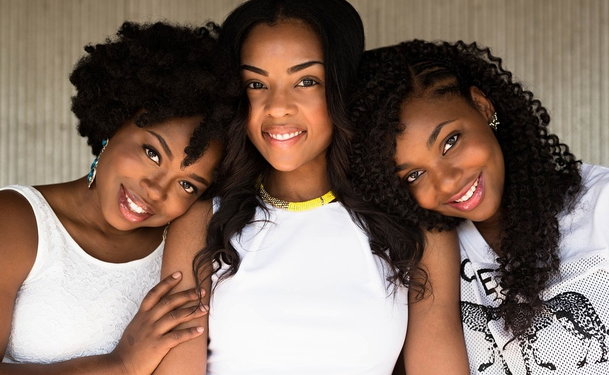 Real Women Talk: Why Do Women Get Breast Implants?

From breast changes with age to breast deformities, here are 12 stories from women who went from asking, "Should I get breast implants?" to "Why didn't I do this sooner?"

“I got breast implants due to loss of volume post-breastfeeding. The thought of breast implants had crossed my mind before pregnancy/breastfeeding as I was always small-chested, but it was only when I stopped breastfeeding after a year and realized how deflated my breasts were that I seriously started considering implants. I am so happy I got them; it has made me feel better about my post-pregnancy body, and I have more confidence now.”

"I had my daughter August 1994 and nursed her. I then became pregnant with my son and still continued to nurse. She weaned herself and I had a break of maybe a month before my son was born in September 1995. I nursed him until late 1996 when he weaned himself. What I was left with wasn't saggy, droopy breasts, but zero breasts. I was left with nipples on a breastplate.

I continued to wear padded bras. One day at work I was wearing a scoop-neck dress. There I was twisting, bending, lifting—over and over. Unbeknownst to me, my padded bra had worked itself above the neckline of my dress. I had a male customer, and he turned bright red. I was mortified. In 2007, I took my check and bought myself some boobs."

“When I was young, my natural breasts were PHAT (Pretty High and Tempting). Ahhhhh, youth! I found that as I got older and was taking care of myself that I lost the fat and breast tissue I had when I was younger. I had this nice "hot" body, minus full breasts. Well, I had the means to get my breasts back once I was older, so I did. I am not looking to be young again, I just want that voluptuous 'look' back. So now, with my implants (going on 3 years), I do have that PHAT look again, plus a little more. Lol.”

“Because I have worked hard most of my life to take care of my body—to keep it healthy and strong through childbirth and beyond. In my older, aging years, I worked hard aerobically. I lifted weights. I learned about stretching. But there was really nothing I could do to improve/enhance the look of my boobs other than surgery.

So, I looked into that, and it seemed to meet my wishes. I felt that I deserved a reward for all of the times I'd put my children or my DH first. I now had the funds to cover the surgery, so I made the decision. I have zero regrets. I LOVE my boobs...going on 10 years. It's helped me to continue a lifestyle that keeps the rest of me in shape to match my breasts. My experience has been very positive.”

“I have had small breasts my whole life. I envied all of my classmates and friends as they hit puberty and grew breasts—and I didn't. I was teased for being flat, and it has been something I've been self-conscious and dissatisfied with forever. I felt like less of a woman. Clothes don't fit right. I don't like the way I look naked.

As I got older, I put on some weight and one breast grew a little but the other stayed flat, making my self-image even worse. Now in my 30s, I can afford a BA, and I'm excited to finally get the womanly figure I've always desired. I can't wait. I'm excited to shop for bathing suits and bras!”

“I'm definitely in the group of not developing until much later in life—and not very much at that. Most of my friends in high school were developing so much faster than I was. I was basically a stick with no boobs, and I still am, although I've gained quite a bit of weight from when I was younger. I still look athletic-skinny. I just always felt so behind in the game and getting implants would just push me so far ahead. It's silly but to me getting implants is like a rebirth (haha). Does anyone feel like that?”

"I have been flat-chested by entire life, but I always figured once I continued to develop my boobs would grow. I remember it really hit me when was a senior in high school and we had a cheer pool party. I bought a medium bikini top hoping that I would fill it out, but when I put it on...I didn't. I went to the pool party and I remember being jealous of one of the girls who filled out her top.

I didn't feel like my body was 'womanly', so I started working out my bottom half to compensate for the lack of my top area. But as my bottom half grew, I became even more self-conscious about my boobs to the point where I couldn't take it anymore. I decided to take the plunge and do this for myself and I don't regret it at all! I never imagined how great it felt to just fill a top!"

“People used to tell me over and over again, "Oh, you're so pretty! You're so thin! You don't need to change a thing!" This was after I lost 95 lbs. But I didn't feel like me, or like a woman should. I figured that if I was able to lose all that weight and alter my body drastically, I should be able to go further to get the body I want.

Being thin isn't everything, but having the body you want can mean so much to someone. It's like the difference between complacency and happiness. I think that's what a lot of people who are anti-cosmetic surgery forget. I don't know about you, but I'm royally sick of being complacent. It was time to chase MY happiness for once.”

"When I was a teenager I was sexually assaulted, and it centered on my breasts. Because of that, I had this disassociation with my breasts. After many years, I decided to change them into something I felt was more me. The surgery took the small breasts that I didn't feel belonged to me and gave me a set of beautiful new breasts that felt more like me. It completely changed how I felt about my breasts and my body."

"I was never teased. No one ever said anything negative about my boobs. I didn't have troubles finding clothes. I didn't feel like less of a woman. For me, it was about body image. I had this image in my head about myself and it didn't go along with the reality. I felt like I was missing something. My body wasn't complete. For the same reason, I have been dyeing my naturally blonde hair black for 15 years. The blonde hair didn't just fit me."

“I had tuberous breasts. I knew they weren’t pretty, but then they failed me when I had children. I couldn’t breastfeed; the tuberous shape was an indication of something called insufficient glandular tissue. I tried to nurse each of my children and failed each time. I decided to do something about it. I had a corrective breast augmentation. They aren’t perfect, but they are beautiful!”

“I knew something wasn’t right before puberty. My chest was sunken in at the middle. I had this crater on my chest and no breasts to hide it. After consulting with a plastic surgeon, I found out I had pectus excavatum. It wasn’t going to be as simple as getting implants to hide the sunken in appearance of my chest, but they could help. I still have the crater, but I have beautiful breasts that are around it. I have cleavage, I feel feminine and I feel normal.”

Should I get breast implants?

Breast implants aren't for every woman. If you've noticed from these women's stories, a lot of time and consideration went into making their decision. Before you rush to get a breast augmentation, ask yourself why you want the procedure. Should your reason(s) be compelling enough to you, your next step should be research. Research is key to making an informed decision about any procedure. Breast augmentation has its pros and cons, and you'll need to seriously weigh them before you take the leap.

If you want to hear other women's breast augmentation stories, the JBI forum is where women from all over speak truths about their breast implant journey. They'll take you through the consideration phase and give you insight and tips on what to expect before and after breast augmentation surgery.