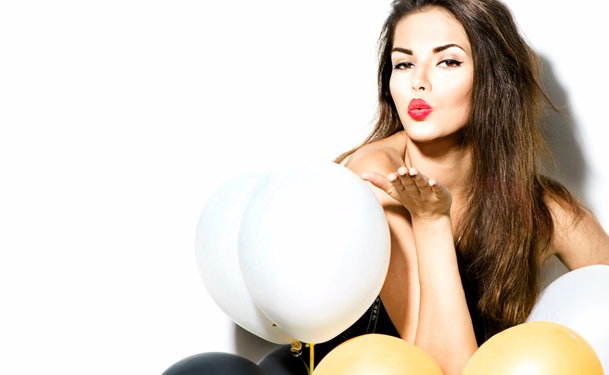 The rationale of cohesive gel implants can best be understood by tracing their development.

(On its side, this old Replicon implant shows an anatomic shape.)

It all began with the successes and failures of an implant that was popular in the 1980s, the Replicon. This was an anatomically-shaped, polyurethane coated, silicone gel filled implant. Many surgeons felt that the initial results were very beautiful.

But these results were short-lived. The polyurethane that was bonded to the surface of the shell helped to maintain the anatomic shape of the implant. The body eventually degraded the polyurethane, and once it was absorbed off of the shell, the remaining thin and pliable shell could not hold the silicone gel in place, and so its shape was lost. It ended up looking like an under-filled round implant.

Gravity forced the gel to the bottom of the shell, collapsing the upper breast, and expanding the lower breast. Folds developed in the collapsed upper pole. These could sometimes be seen or felt. The shell was very thin, and with time, the shell weakened along those folds, and eventually could break, allowing the relatively liquid-like contents of the implant to leak outside of the shell. In addition to the affects of gravity, the forces of the breast acted upon the implant, deforming its initial anatomical shape. The implant accommodated to the shape of the breast rather than the breast taking on the shape of the implant.

How could an implant be made that could maintain these initial excellent results over the long term? Dr. John Tebbetts of Dallas, working with Dan Carlysle of McGhan (now called Inamed), are credited for trying to solve this problem. Though what follows is a simplification of a very long and highly technical process, the core theme is that they realized that the shell could not be solely responsible for maintaining shape; the contents had to hold a shape as well. So they experimented with making different silicone gel fillers. Silicone can be made in virtually any firmness, from a liquid lubricant to almost a rock-hard solid, depending upon how much "cross-linker" is added to the formula.

Through experimentation, they were able to create an implant filler that was adequately soft, yet would maintain the shape that was molded into it.

If the filler were form stable, then the gel could not fall to the bottom, leading to collapse of the upper pole, which is what led to folds and ultimately shell failures in other implants. And by being form stable, it would maintain the particular shape in which it was made, thereby allowing the surgeon to control breast shape.

With past implants, shape was of only moderate importance, as with non-form stable contents, the forces of the body and of gravity would shape the implant. But with this filler, the actual shape became a very important issue. They experimented with various ratios of widths, heights, and projections. They looked to create an implant that would create and maintain an optimum aesthetic balance to the breast.

Clinical Trials of the 410 began in the United States in 2001. Because of the similarity between the 410 and the 468, surgeons with significant experience were chosen to do the initial 410 study.

Subsequently, Mentor and Silimed developed their own version of the 410.