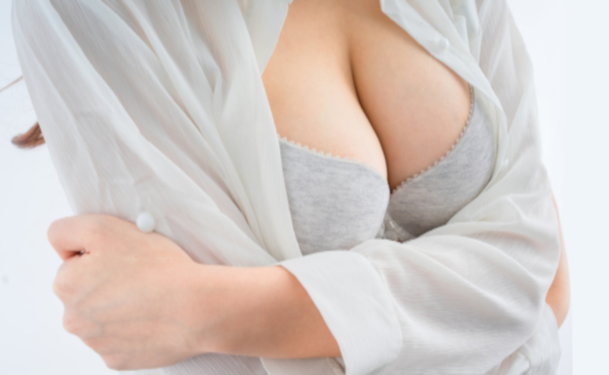 The Causes and Treatments for Symmastia (Uniboob)

Symmastia is commonly referred to as "breadloafing", or "kissing implants", or "uniboob". With this condition, the implants actually meet in the middle of the chest, giving the appearance of one breast, instead of two.

Who is at risk for symmastia?

Symmastia is the least common of all cosmetic breast augmentation complications.

Symmastia seems to be more prevalent among thin women, mainly due to the fact that thin women usually have less tissue and/or fat covering the sternum.

Sometimes the surgeon will attempt to release some of these tissues, in order to get the implants closer together. If you have a qualified, and experienced plastic surgeon, this is a complication you shouldn't have to worry about.

Before and after photos of symmastia

Pectus excavatum (a depressed breastbone) will cause the implants to slope inward, toward the cleavage area.

Women with pectus excavatum are more prone to symmastia, especially if they do not find a surgeon who is skilled at placing implants in women with chest wall deformities.

Pectus excavatum creates more pressure on the tissues in that area, and may result in symmastia.

Some doctors recommend placing smaller implants in women with PE, since this will reduce the amount of pressure that is placed on the cleavage area.

In order to repair symmastia, the fat and underlying skin tissues will have to be reattached to the breastbone.

Often times, with submuscular implants, the scar tissue is removed from the pocket, then rolled up.

This gives the sutures something to adhere to, or "hold on" to. Permanent sutures are used to hold the sternal skin down. The remainder of the pocket has to be sutured as well, usually with permanent sutures, thus providing barriers, which will keep the implants from migrating across the breastbone again.

In order to remove all pressure/tension from the middle of the chest (sternum or breastbone), the pocket usually has to be made larger, or, the implants will have to be exchanged for smaller ones.

Once the surgery is complete, a thong-bra is usually required, along with something like a rolled up ace bandage, which is used in between the breasts to put pressure on the sternum.

It's very important to know that all of the sutures that are used should be INTERNAL sutures. External sutures will only add to the scarring, and are not recommended, since this repair must be done internally.

Symmastia Correction
The Complete Guide to Breast Width Diameter and Implant Size
Bottoming Out After Breast Augmentation: Signs, Causes and What To Do